You can’t talk about ruby without mentioning the incredible ruby-red colored Spinel.

Whether in the thick of the asian gem markets or at a dusty mining site I always keep an eye out for spinel. One incredible find happened in Sri Lanka while sifting through parcels of multi-colored Sapphire. An incredible fire-engine red spinel sat there winking at me and I instantly recognized it as a one of a kind gem.

While in this balmy office I tried to keep my cool and with heart racing, negotiated a fair price. It wasn’t long before I proudly added this remarkable spinel to my collection. Many of the gems I buy have that stand out quality that just says “buy me or someone else will get lucky.”

Another time I felt the call of spinel, was once again in Sri Lanka. At the time I was suffering from Dengue fever. So, while resting in a friend’s home with the high fever, chills, and ambient pain I had the miner bring the gems to me. In his collection was a very large red oval spinel. I dragged myself up off of the, sweat soaked, coconut shell mattress and met with the guy. He held the most incredible red spinel.  Maybe the fever was getting to me and perhaps making a purchase in such a state wasn’t so brilliant. But, I decided to go with my instincts and I purchased it from him. I’m happy to say that it’s among one of my most remarkable spinel.

In my work, I’ve noticed that some of the most incredible gems in my collection have been found in some of the most challenging conditions. All of the work that goes into mining, discovering, negotiating, and delivering each gem is a journey. Only the most worthy gems make it into my collection and I’m proud to include spinel among them. 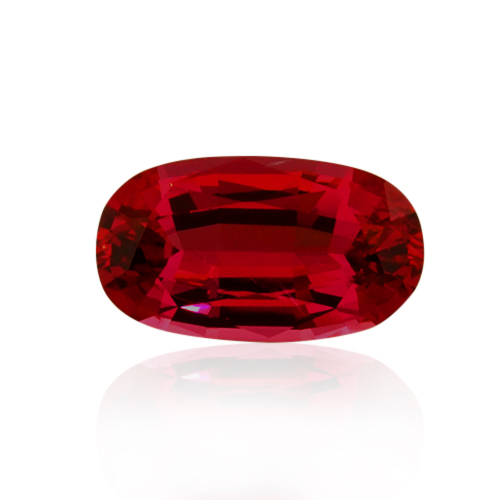 Since I’ve chosen to feature spinel this week, below in this letter are three very fine, spinel for you to enjoy. Or if you would just like to proceed to our website and see a few examples of what we have in stock, then simply follow the link below.

Spinel has lived in the shadow of ruby for a long time, yet changes are stirring as demand for a natural and exotic ruby alternative grows.

The deep red of spinel is undeniably striking. Therefore it’s no surprise that it was able to stand-in for ruby so successfully. Yet, with years as a ruby alternative, its consumer reputation was less than glowing. This has changed in recent years. While its standing may never reach the heights of ruby, many are delighted by its characteristics and unique history.

Long ago, in southeast and central Asia strikingly large spinel crystals were unearthed. These large specimens were called “Balas rubies” and “Nat Thwe”, the latter meaning, polished by the spirits. Just like ruby, they were highly coveted and adored by powerful rulers and they traveled throughout Asia and Europe in secret, as soldier’s plunder, or openly being worn by the powerful. This history of desire and wealth is due largely because these spinels were thought to be rubies.

The “Black Prince’s ruby” is exactly such an example of the spinel’s mistaken identity. Exhibited at the Tower London, the Imperial State Crown was host to an imposter, a spinel so brilliant and impressive that it fooled the royal experts of “the empire on which the sun never sets,” before finding a home in the Crown Jewels.

Recently, spinel has made a complete 180 turn in value and reputation. It has become quite a desirable option among auction goers. This is mostly due to their place among the royal jewelry collections of the recent past. Such mentions include a Cartier spinel, emerald, and diamond ring, which was sold for 325,000 francs or $334,500. Another recent Spinel piece, an imperial necklace of pearls, emeralds, and spinel, sold for $3,015,000. Spinel is long overdue and beginning to show signs of a serious revival in all areas of the jewelry business.

Check out the three examples below. I selected these because of their incredible radiance and impeccable color. 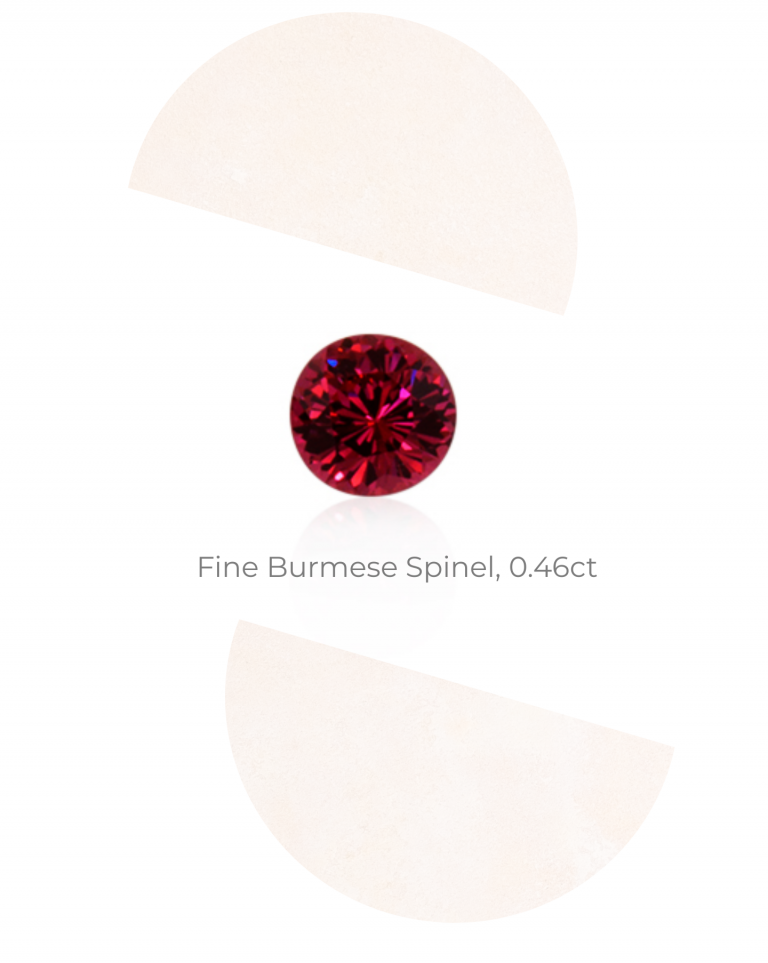 This stunner is quite small at 0.46ct, but it’s brilliance and vibrant hue make for quite an impact. Such a spinel is excellent as a bit of added flare for a custom ring or pendant. Which makes it a perfect and less costly gift. 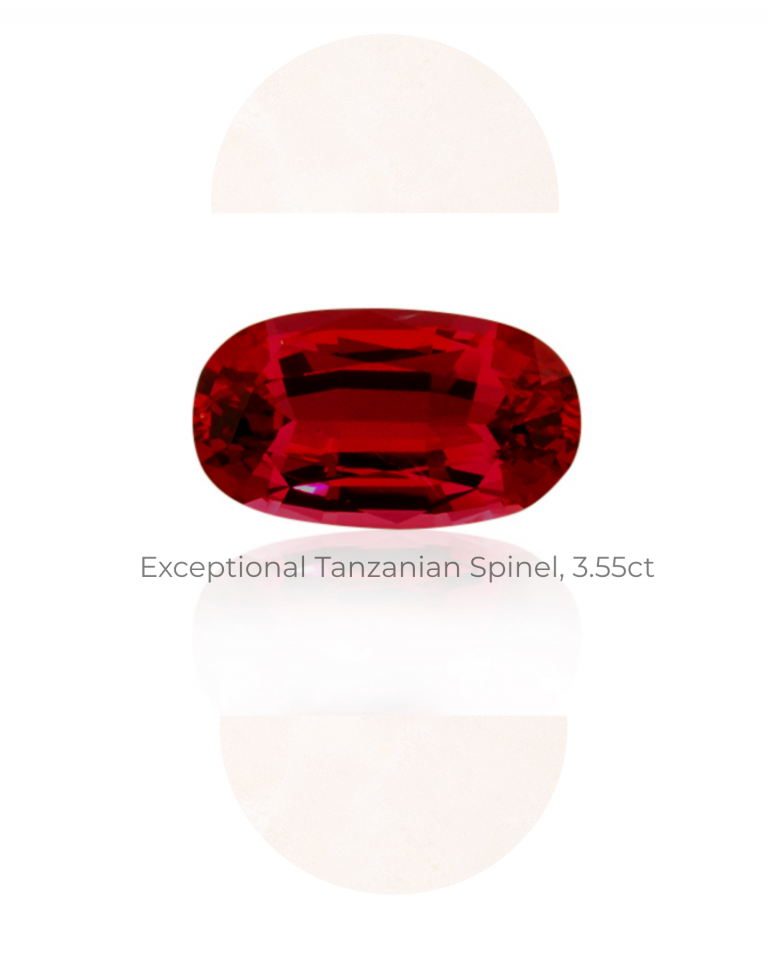 A genuine one of a kind spinel.  With its large size it is reminiscent of famous “Balas ruby” name. This gem deserves the center stage, in a custom, heirloom jewelry piece. 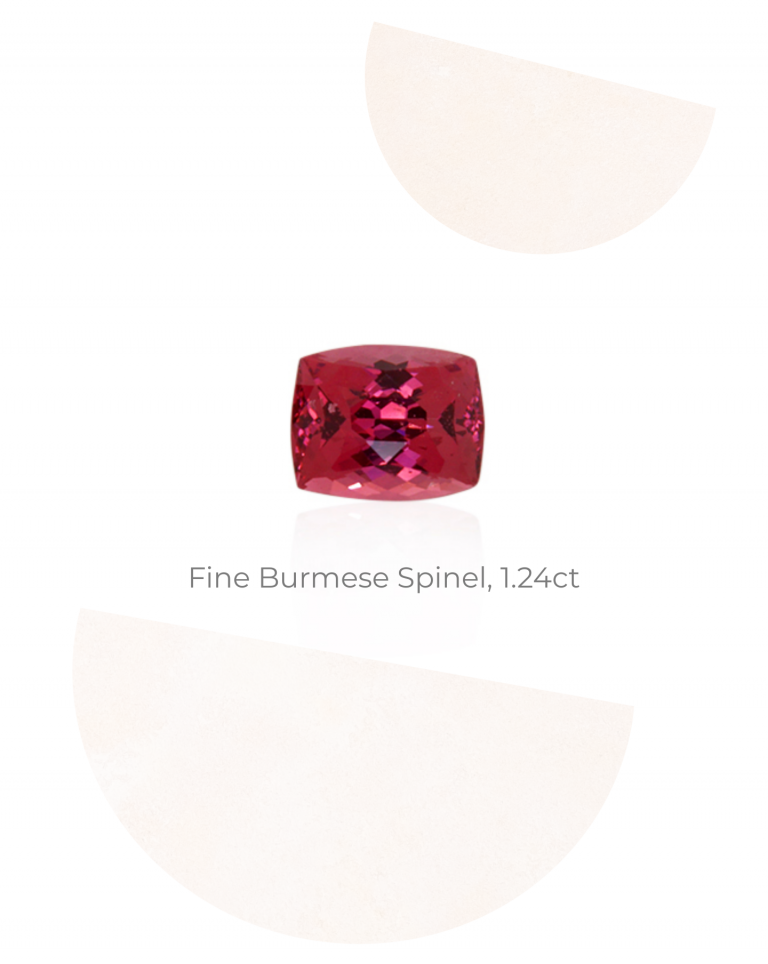 Superbly cut and a lovely balanced color this spinel is destined to hold a powerful impact on any piece of jewelry.

PrevPreviousThe Story of Sleeping Ruby – FEATURING RUBY
NextPeridot From Mogok Myanmar One Of My Favorite Gems!Next